Maharashtra is blessed with nature’s bounties. It’s a diverse landmass with tropical forests, rugged mountains, plains with rich black alluvial soil, rivers and also some arid areas. This ecological diversity is the reason due to which variety of crops, fruits and vegetables are grown in the state. Maharashtrian cuisine is austere yet full of flavour and colour. There’s a right balance of vegetarian and non-vegetarian variety not to forget the delectable sea food. Maharashtra comprises mainly of five regions viz. Konkan, Paschim Maharashtra, Khandesh, Vidarbha and Marathwada. The cuisine in each region is influenced largely by the predominant agricultural produce of the region. There’s also some localized variety like the Malvani and Saoji cuisine, the former from the coastal Sindhudurg district and the later from Nagpur district.

In Maharashtrian homes, food is served in a predetermined order in the thaali. Dry vegetables and curries are served in the right-hand side whereas pickles, condiments and side dishes are served to the upper left hand side of the thaali. Sweets, Snacks and Flat Breads – Ladoo, Puran Poli, Shrikand Poori, Jalebi, Papad, Bhajji are served on the lower left side of the thaali. Rice – Masale Bhaat, Varan Bhaat, Sakhar bhaat is served in the center of the thaali. Unlike the western system, sweets and desserts are served right in the beginning and consumed during the meal but after the Varan Bhaat. Eating with left hand, talking or laughing while eating and wasting food calls for undue attention and is not welcome. 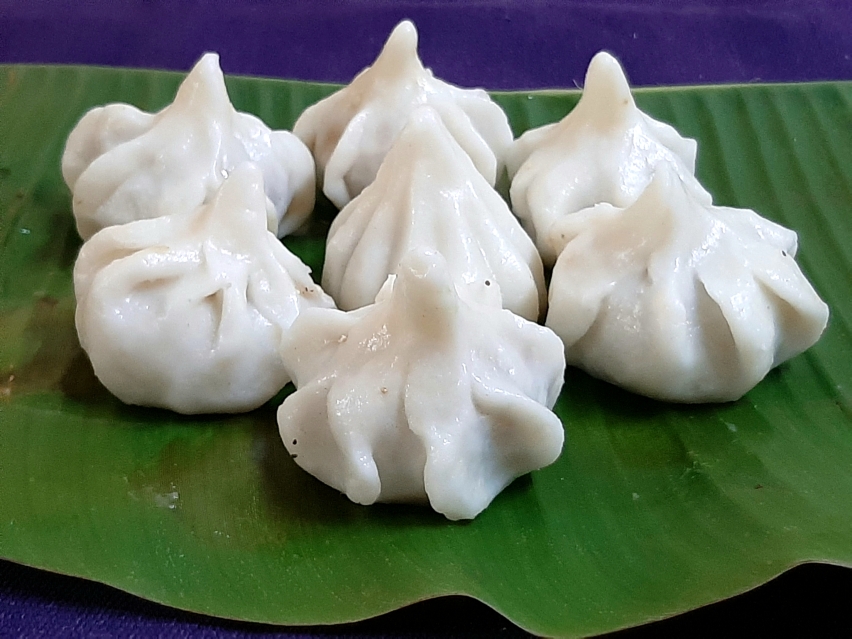 Konkan – consists of the state capital Mumbai and the five coastal districts of Thane, Palghar, Raigad, Ratnagiri and Sindhudurg. The region predominantly produces rice along with a variety of vegetables, lentils, millets and seasonal fruits like Chickoo, Mango, Jackfruit, Cashewnut, Bettlenut and Coconut. Fishing is an important means of earning a livelihood along the entire Konkan coast. The vegetarian food here is largely influenced by the use of rice, coconut and cashews, while the non-vegetarian food is primarily seafood which is soured by Kokam instead of lime, vinegar or tamarind. The popular Maharashtrian vegetarian dishes like Ukdiche Modak (steamed rice flour dumplings with a filling of fresh grated coconut, jaggery and cardamom powder caramelized together), Valachi Usal or Valachya Dalimbya (Broad Beans in thick gravy), Kajuchi Usal (Cashew in thick gravy), Ghavne or Ghavan (non-fermented cousin of dosa), and Amboli are from the Konkan region. These dishes are austere yet full of flavour.

The popular non-vegetarian seafood dishes are Kalvan (Fish Curry), Fried fish and sundried fish dishes like ambadi sukat, sode, sukke bombil, javla, wakti and Kharavni of surmai, bangda and pomfret. The Malvan region in Sindhudurg district has a unique variation called as the Malvani cuisine popular for dishes like Tikhla (fish in thick gravy), Vade Sagote or Kombdi Vade (Deep fried spiced pooris made from flour of mixed millets and eaten with Chicken curry). Solkadi is a popular after meal cooler in the Konkan region.

Konkan (Raigad district in particular) has a unique ritual of making the Popti which is a barbecue of veggies cooked on winter evenings around January. Popti is a potpourri of veggies mixed with oil and spices wrapped in banana leaves and put in an earthen pot which is then stuffed with Bhamburdi leaves and sealed.The earthen pot (matka) is placed upside down on embers till the veggies are cooked. The non vegetarian version also has chicken mixed with veggies. Popti is cooked in the evening by a group of people who also sing and dance around a campfire. Popti parties are becoming popular off late among city dwellers.

Mumbai technically belongs to the Konkan region but due to the cosmopolitan nature of the city and surrounding areas, many different cultures have influence on the cuisine of Mumbai e.g. South Indian, Gujarati, Punjabi, Mughlai, Parsi along with Continental, Mediterranean and Oriental cuisines. The Maharashtrian cuisine of Mumbai region is popular for its fast food – Vada Pav, Kanda Bhajji, Misal, Pav Bhaji and Bhel.

Paschim Maharashtra (or the Deccan plateau) – are the plains rich with black alluvial soil mainly consisting of the districts of Pune, Ahmednagar, Satara, Sangli, Solapur and Kolhapur. The region is known for its abundant production of milk and sugarcane, fruits and vegetables, onions and potatoes. The popular dishes like Bhel, Misal, Kat Vada or Vada Usal, Bharleli Vaangi (stuffed eggplant), Puran Poli, Pithale, Zhunka and Bhajaniche Thalipeeth are from this region. The popular non-vegetarian Kolhapuri Tambda (Copper Red) and Pandhara (White) Mutton Rassa is famous all over Maharashtra. It is eaten with Bhakri (bread made of millets) or rice.

Vidarbha – the districts of Buldana, Washim, Hingoli, Akola, Amravati, Nagpur, Yavatmal, Wardha, Bhandara, Gondia and Gadchiroli form the Vidarbha region. This region has two cuisines namely the Varhadi cuisine and the spicy n fiery non-vegetarian Saoji cuisine. Vidarbha cuisine has influence of spices, dry coconut and besan (chickpea flour) thus making it a spicy cuisine. Besan is used more in vegetarian dishes whereas the spicy and fiery non-vegetarian Saoji dishes of chicken and mutton are made up of spices like black pepper, dry coriander, bay leaves, cinnamon, cardamom and cloves. The most popular Saoji dish is the ‘Saoji Mutton Rassa’ which is fiery mutton in thick gravy (rassa). Patodi Rassa Bhaji, Kalnyachi bhakri, Vada Bhaat, Gola Bhaat and Varhadi Thecha constitute staple diet of the Vidarbha region. (Saoji cuisine is a specialty of the Halba Koshti community of the Vidarbha region, who were originally cotton weavers. Saoji is a surname). 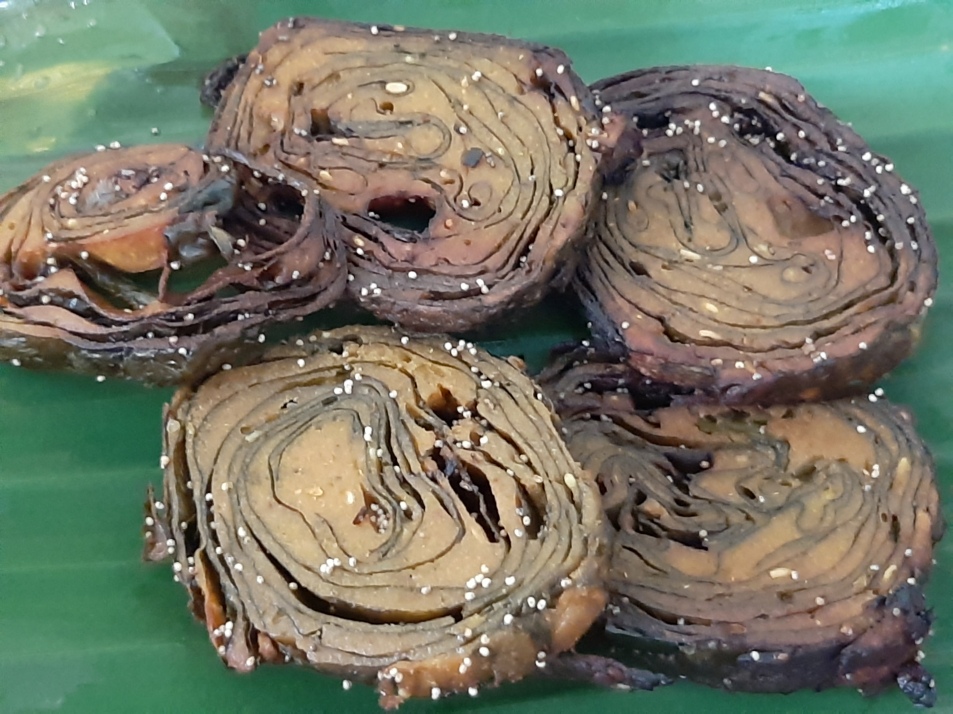 4 thoughts on “Food Culture of Maharashtra”